One of my city escapes came a couple of weeks ago over Valentine's Day weekend. I was feeling a certain longing for a cozy fireplace in the woods, and, having searched a bit for a cabin to rent, remembered that I have access through my family to a house in Cape Cod that conveniently contains a fireplace.

You could say I am an appreciator of weather. Nature's imposition into the flow of our modern lives and the overcoming of its impediments delight me. Thus, I was unfazed by my parents' warnings that I would be driving into a blizzard and some of the most snow the Northeast has seen in years. I'm well equipped for driving in conditions unsuitable for travel, and I was not about to let a vigorous winter storm pass me by while I was confined to a Brooklyn apartment. I set off on Saturday afternoon for the Cape, and got as far as Queens before the first flurries of snow flitted across my windscreen (when referring to a Land Rover, it seems most appropriate to use the British terminology). The next seven or eight hours offered a varied array of winter conditions, ranging from light snow to white out conditions. I passed several cars (mostly Subarus) launched into the snowbanks aside the road, and a couple of motorists, embarrassingly unprepared for the conditions, being assisted by the police.

I arrived with only exhaustion and hunger to show for my journey and spent the next half hour or so clearing a path for me to park the rig on the snow next to the driveway. The driveway itself was not an option due to the four foot snow drift blocking its uphill path. I happily spent the rest of a lovely weekend filled with lounging in front of a fire, traipsing around the windblown beach, and enjoying dinner with new and old friends close by. 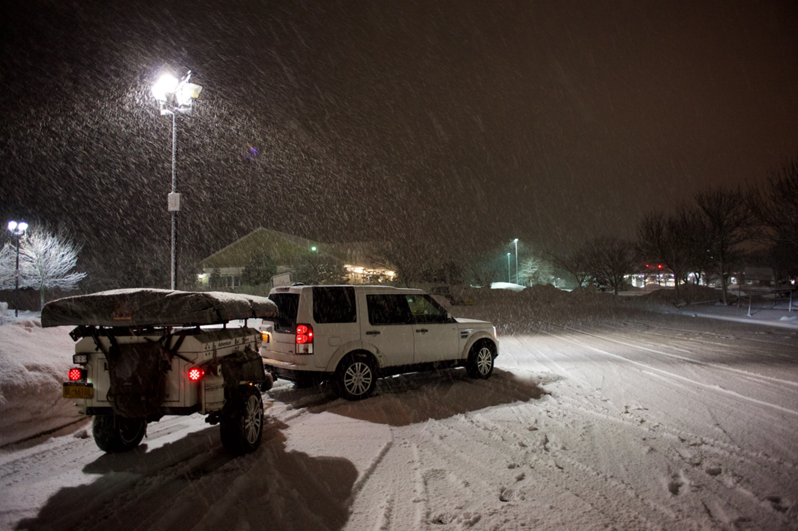 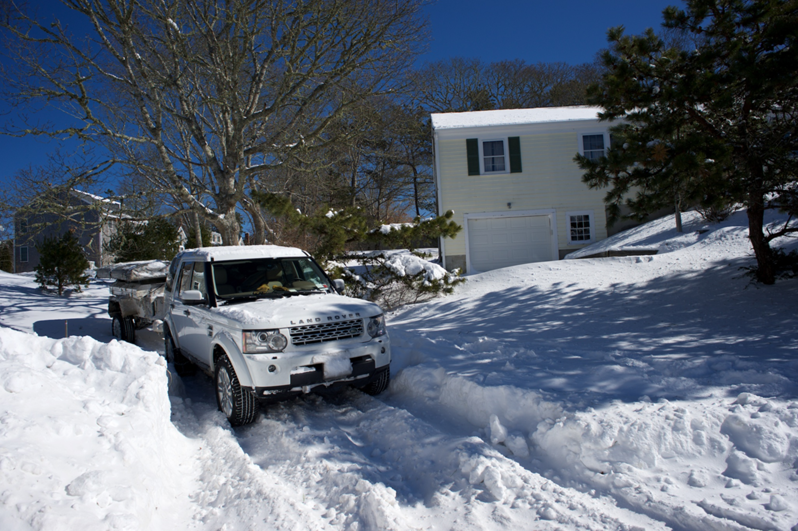