[Author's note: I'm way behind on posting, and this was written several weeks ago. The next few posts will likely be similarly time-delayed as I churn through the thousands of photos I've accumulated in the last month and spend some time near civilization.]

Since my parents leaving Santa Fe, bringing to a close the one event adding structure to my life, I'm left with a peculiar freedom of time that can be both liberating and challenging. On the one hand...what do I do now? There are so many things. So many places yet to be explored. I could go in any direction. Just weighing the options can be daunting. On the other hand, well...here's what I did yesterday.

After packing up my camp nestled among painted hills next to the Rio Chama, just downstream from the Abiquiu Lake dam, I headed west along route 96 in northwestern New Mexico toward Chaco canyon. Admiring the vibrantly colored cliff formations to my right, I noticed a little dirt road that headed off toward a particularly stark section of exposed cliff. Why not see if it takes me to a closer view, I thought, and quickly pointed the nose of my trusty off-road contraption toward toward the rougher path. Not far along, the county road turned into a Forest Service road, and a quick glance at my Forest Service map told me it would lead me up above the cliffs to the top of the mesa. After passing through a washed out section that provided a thrilling test of my traction and ground clearance, the road quickly began to wind up next to the cliffs, gaining altitude and better views of the cliffs and valley below. Reflecting on the scenery above me and time remaining in the day, I figured it was worth taking some time to explore. I had enough daylight to spend a couple of hours looking around, and I was headed into National Forest land, so camping opportunities would be abundant if I decided to linger.

This is one of those times where a bit of exploration really pays off. The road up the cliffs was a beautiful and exciting ascent, a worthwhile adventure in itself. When I reached the top, the ecosystem changed from the scrub brush and sage of the dry desert floor to more lush ponderosa and piñon pines and grasses of alpine forest and meadow. I took a branch of the road that brought me directly above the cliffs, where I could gaze down on the same formations from above. I spotted an old antenna system there, where I could peer in through the broken door at vintage VHF equipment, seemingly abandoned. Not long after I arrived I heard the slow alarm call of peregrine falcons circling high above. The upper edge of the cliff presented itself as an excellent spot for a quick lunch, where I spotted the falcons again, now below me.

From this vantage point I could see that the mesa continued to rise and the road went on in that direction, so I opted to see if I could get to the other side and discover what views were there to be had. After a bit of a trek on a rather good road that eventually became rather bad, I reached the other side of the mesa. Right at the edge, there was an open area perfect for camping, with a fairly luxurious fire circle and a pile of fragrant piñon wood waiting to be burned. The views opened up over the whole valley I had driven through the day before, with the colored rock formations of Georgia O'Keeffe's paintings spread out below me. I couldn't pass up the opportunity, so I decided to build a fire and camp there for the night. Chaco could wait one more day.

Experiences such as this really make me appreciate the freedom of having unstructured time. To be able to discover new enchanting places and decide to spend time in them on the spot is an amazing privilege and one of the great payoffs of organizing my life for adventure and keeping plans to a minimum. 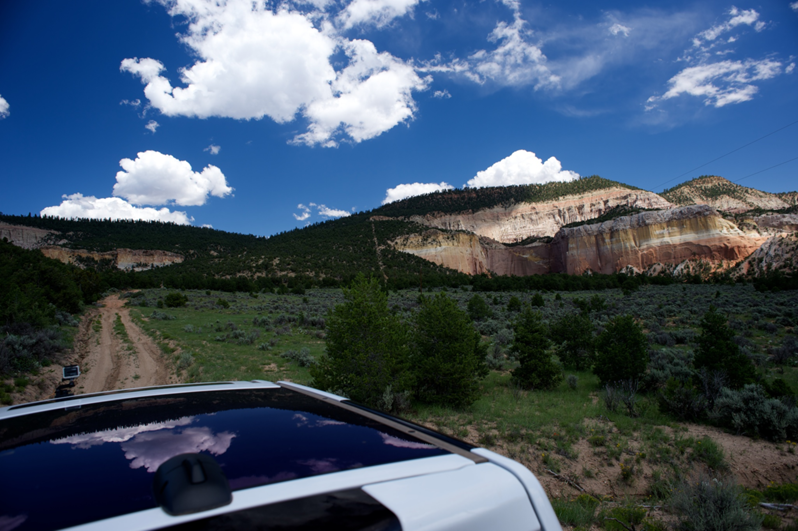 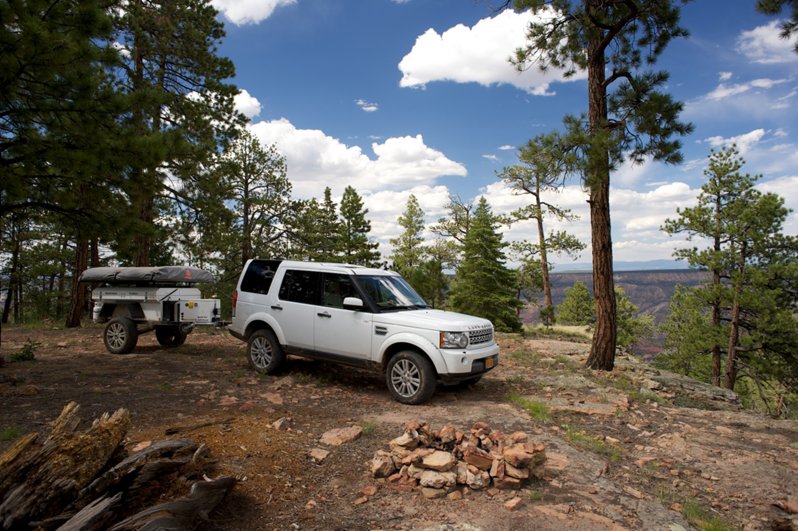 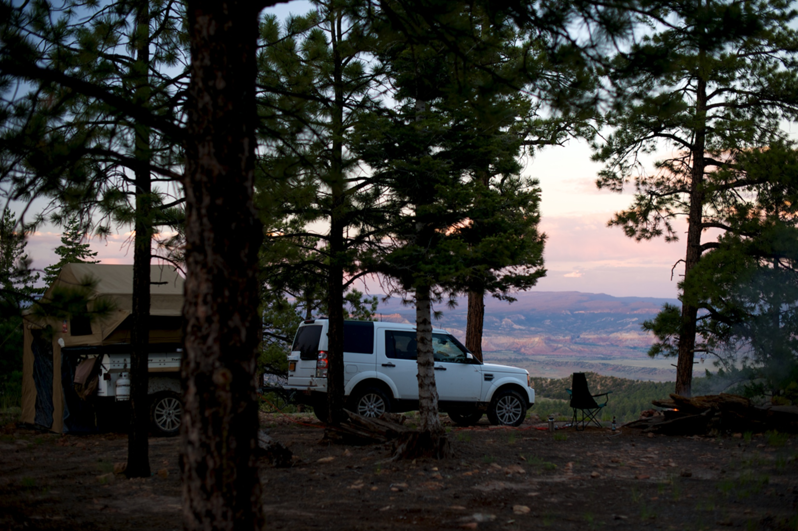 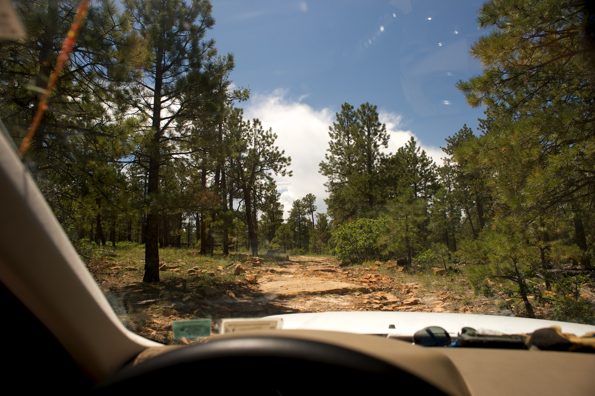 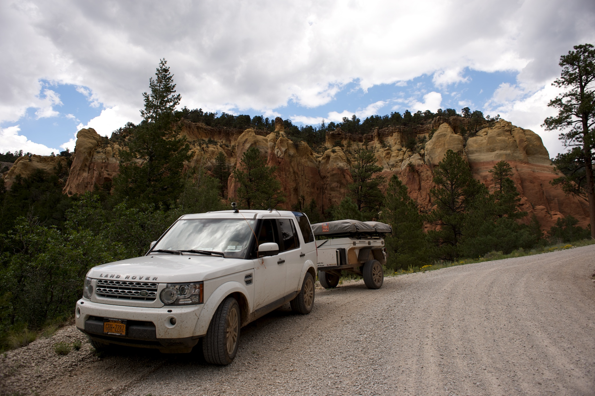