I had been hearing about Chaco Canyon from fellow travelers for quite a while, so I started off in that direction from Santa Fe once my parents took off. I thought I'd pass through Abiquiu, New Mexico, to sample the scenery of Georgia O'Keeffe's paintings and Ansel Adams' photography and take a dip in the Ojo Caliente hot springs while I was passing through. Just past Abiquiu lies Ghost Ranch, where O'Keeffe and others stayed and worked. I arrived mid-day and without any concrete plans, so I headed off on a quick walk behind the ranch to attempt better photos of the picturesque cliffs. The views quickly got better, and the investigatory walk turned into a full hike as I followed the box canyon trail and found myself lured by lush creekside vegetation set against the dramatic and colorful cliffs. "Just a few more minutes", I continued to tell myself until I reached the end of the box canyon and was pretty parched from not bringing water along, but I managed narrowly to escape without dying of thirst and captured some of the grandeur along the way. 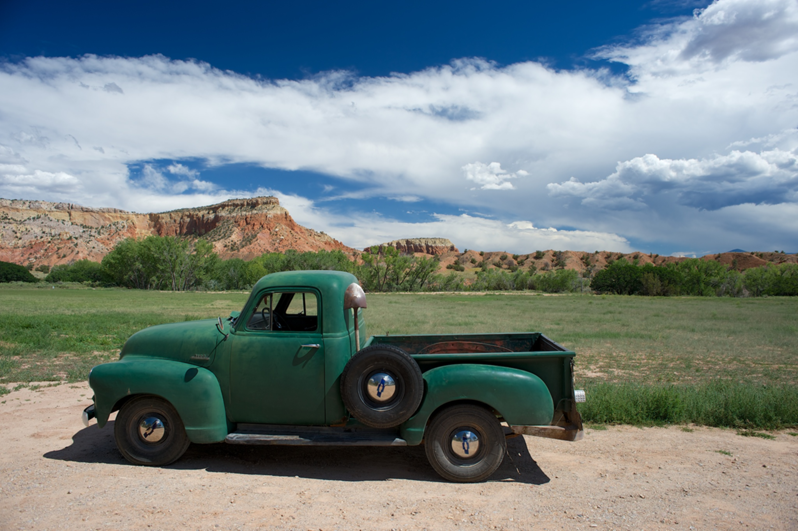 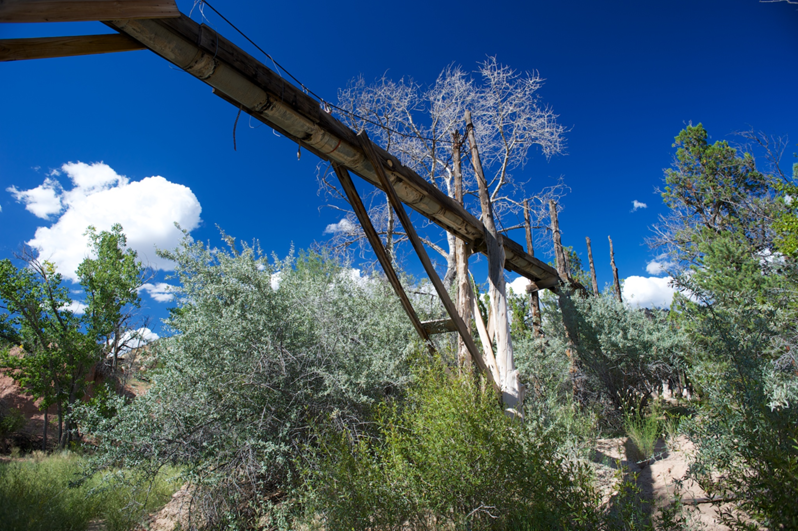 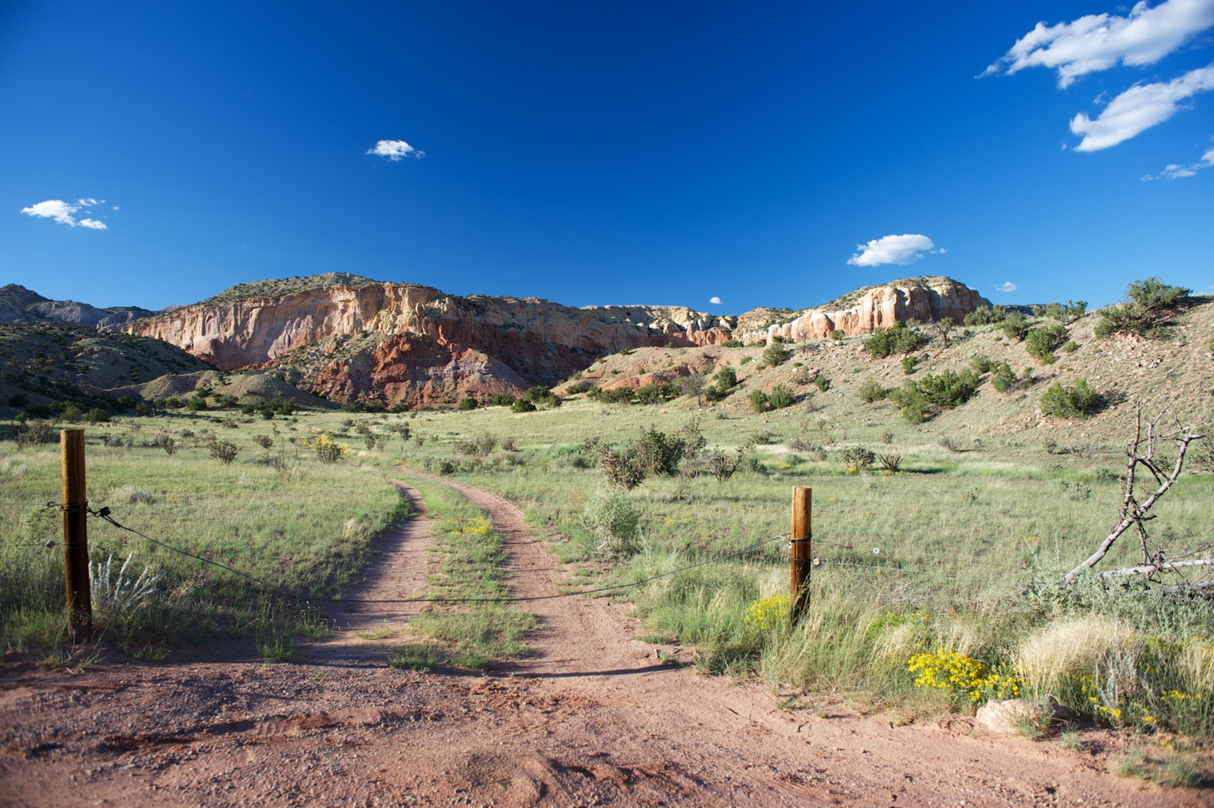