Chalk up a win in the seizing opportunity category. On the recommendation of my friend Reed, ambassador extraordinaire to Steamboat Springs, Colorado, I and my new friend Sterling decided to brave the pre-dawn hours and volunteer for the Steamboat Springs Hot Air Balloon Rodeo. We weren't totally sure what that entailed, but we were promised a possible opportunity to go up in a balloon and lots of fun in the fray of balloon deployment on the ground if the ride didn't pan out.

Apparently the first few hours of the day are the best for ballooning, since the efficiency of the balloon is best when the temperature differential is greatest between inside and outside of the balloon. Thus, the ballooners thrust into the sky almost as soon as it begins to get light out, before the sun has a chance to warm the air. After a false start trying to match up with a balloon host whose friends showed up at the last minute, Sterling and I joined up with Gerry and Tom from Albuquerque, who quickly put us to work unfurling the balloon and getting everything lined up for inflation. I was given the task of manning the top rope and trying to keep the balloon steady as it first rises from lying flat on the ground. If it goes up too quickly, it can continue past the vertical position and swing back and forth, which is apparently considered poor form.

As soon as the balloon was inflated, Gerry asked if one of us wanted to get in the balloon. A quick back and forth between Sterling and me ("You go!", "No, you go!") decided that I would have the honor of taking a ride, and I jumped inside the basket. With just a few bursts of propane overhead (I may have lost a few hairs on the top of my head), the balloon rose above the ground and we were on our way. Since it was a rodeo, there were a couple of challenges to maneuver for the crowd, the first of which being a quick dip in the lake next to the launch area. Gerry deftly maneuvered the basket to skim us across the surface of the lake, as we jumped up onto the side of the basket to keep our feet from getting (very) wet.

Next he applied more flame to take us up, soaring to about 1200 feet above ground (7800 feet above sea level). The perfect calm as we ascended was unlike any other sort of flying I've experienced, and the 360 degree views were unparalleled. As we drifted toward town, we caught spectacular views of the entire valley. Gerry noted how the air currents were taking other balloons in order to attempt to navigate back to the starting point. We were instructed to look out for power lines and other obstacles as we descended to a first potential landing site, but the site proved too congested and we ascended again, drifting up within arms reach of some trees and within shouting distance of a few surprised onlookers gazing up at us from their patio just below us.

The abortive landing proved fortunate, as we then ascended above the first air current into a column moving in the opposite direction. A few minutes later, we were above the launch site again and planned our descent to take us back to our origin. Gerry expertly maneuvered us back to the landing site, and we rejoined Sterling, Tom, and our other crew members to a champagne toast and breakfast burritos. It being only 9 in the morning, Sterling and I remarked how much we had done so early in the day and plotted a lazy afternoon by the pool. 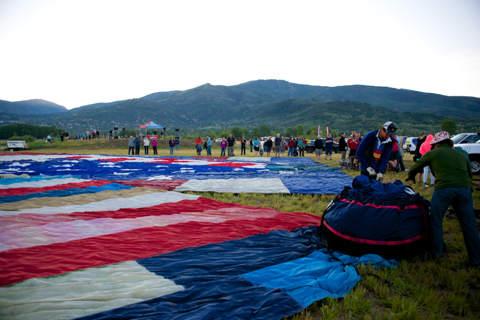 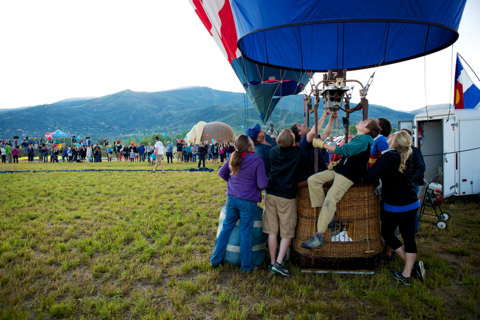 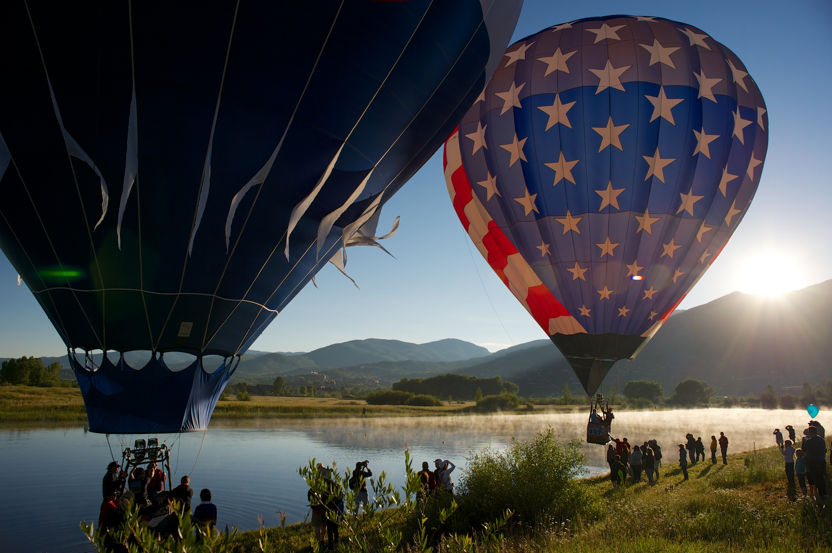 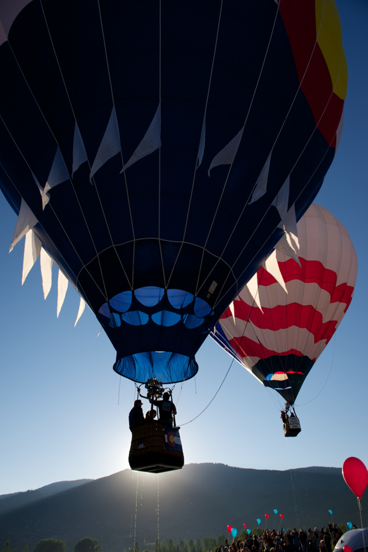 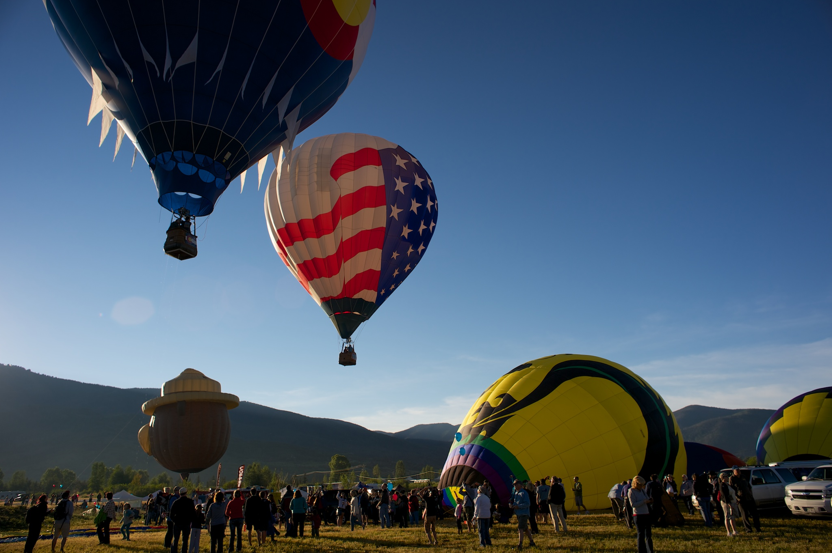 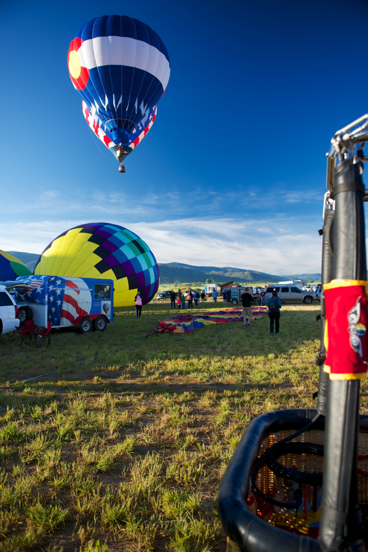 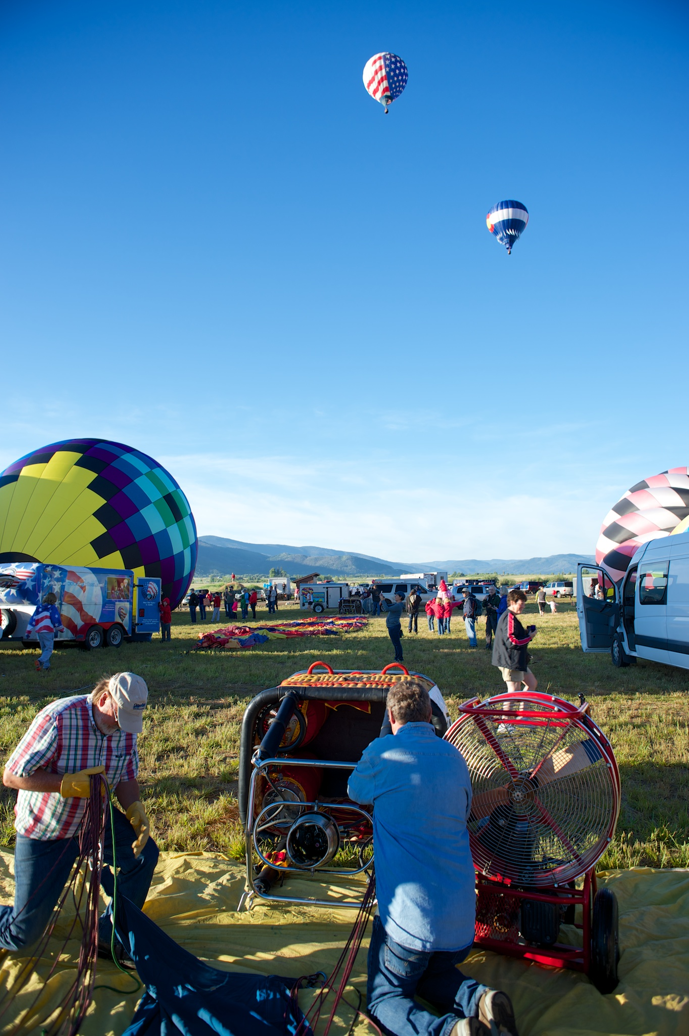 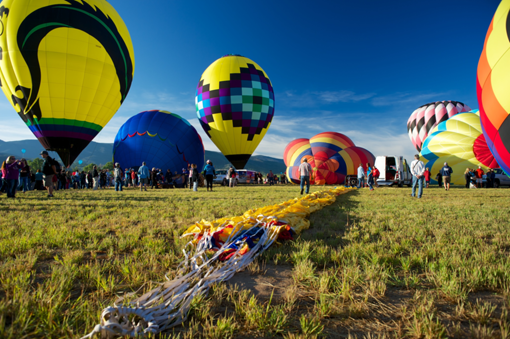 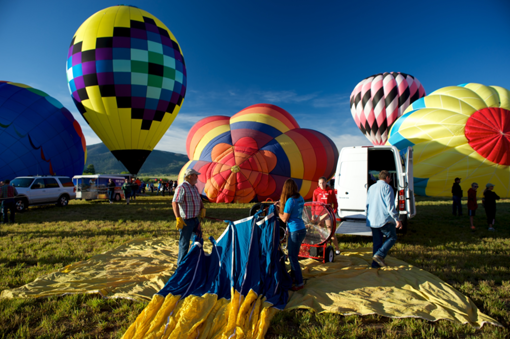 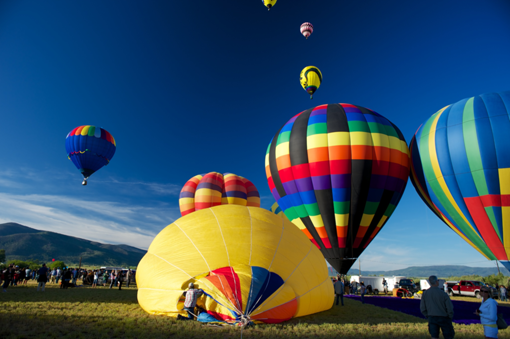 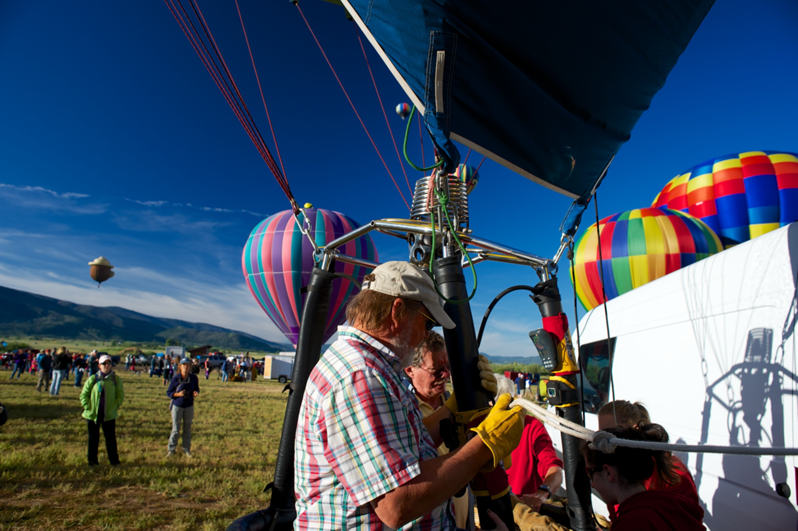 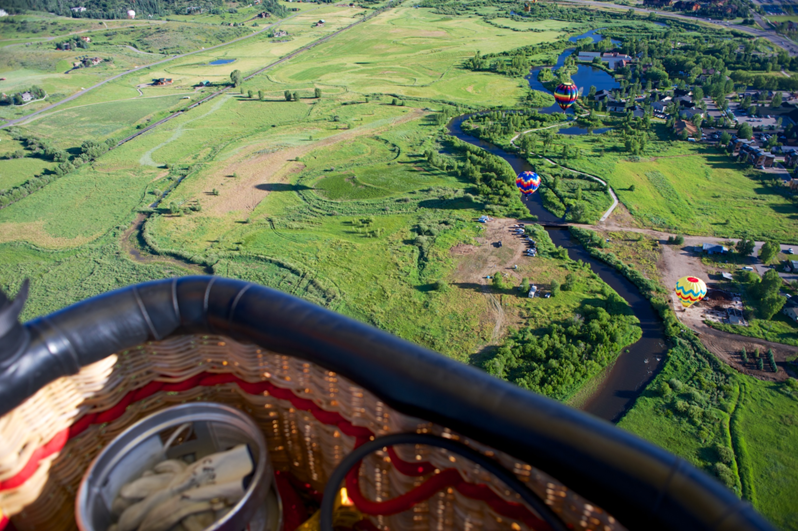 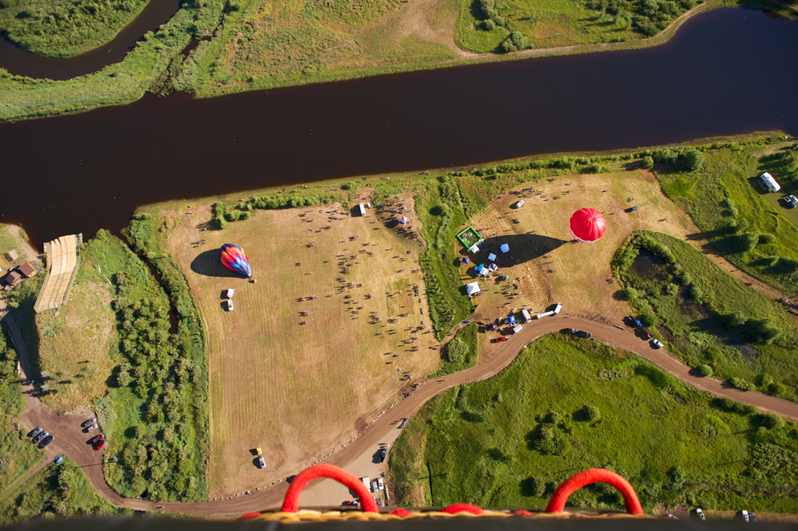 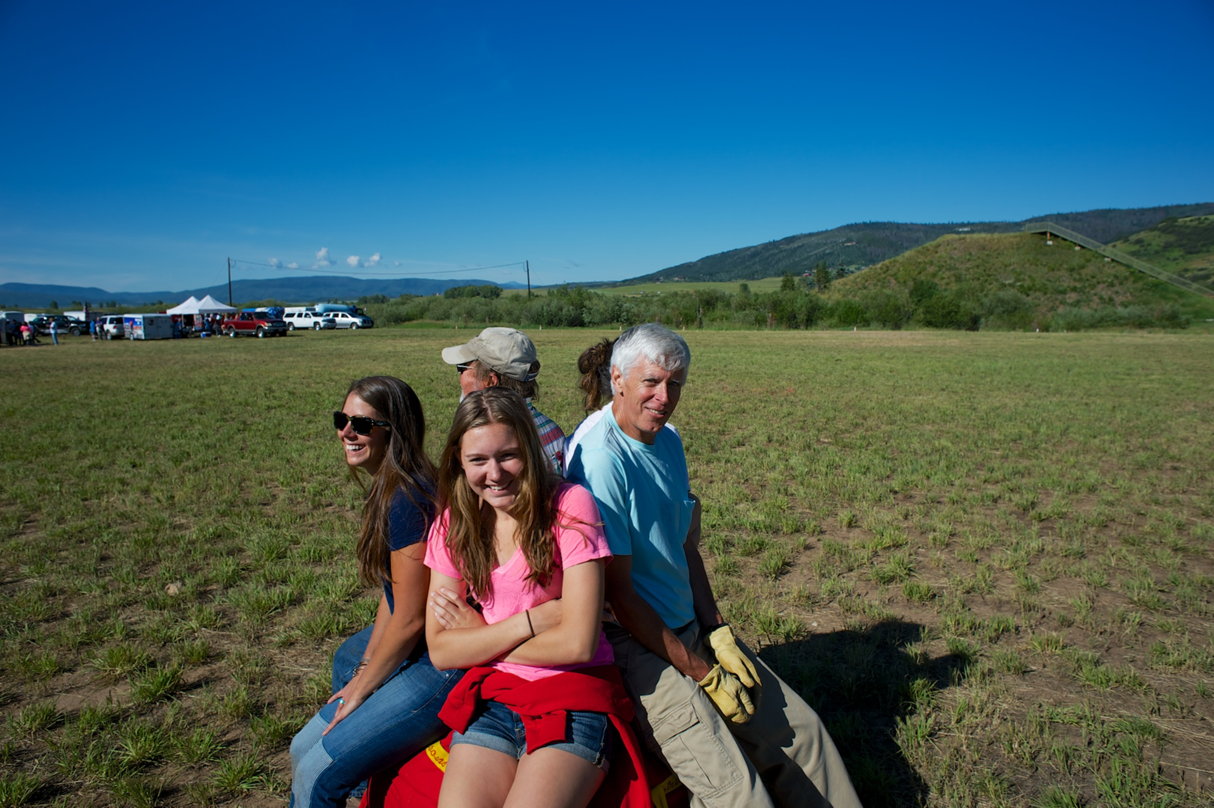